The Hungarian Competition Authority keeps an eye on advertisements for children 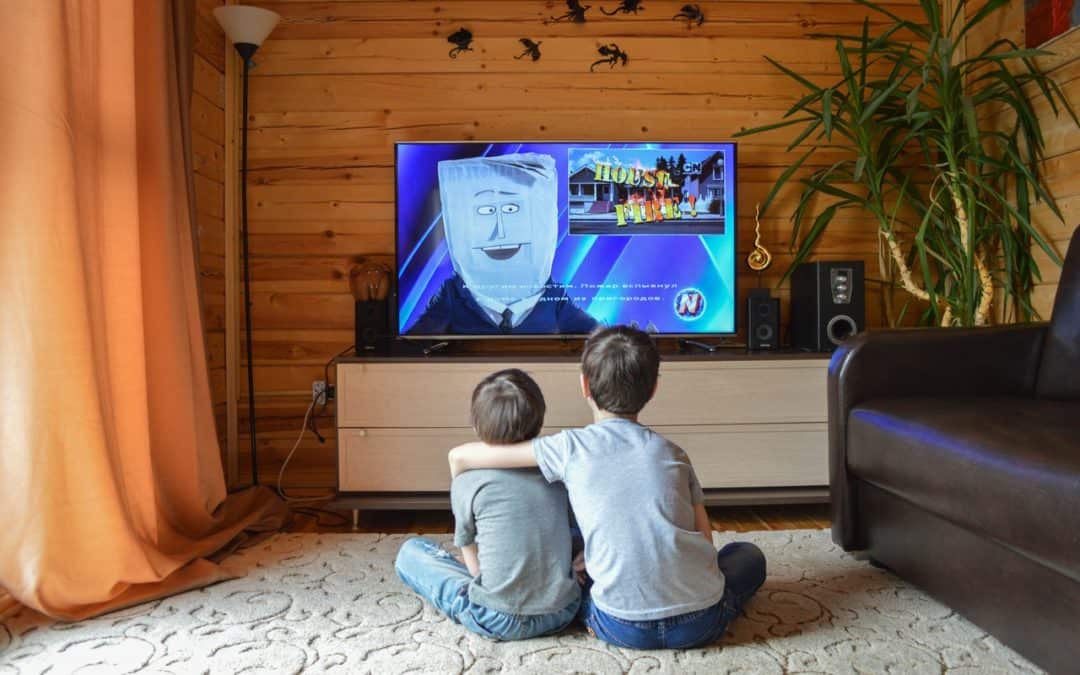 The latest decisions of the Hungarian Competition Authority (HCA) have once again drawn the attention to the strict consumer protection-type inspections on advertising to children. Experts from our Competition & Compliance group present the recent decisions and why even small businesses should seek expert advice when the HCA is unexpectedly knocking on their door.

Advertising to children is not prohibited as such, but care must be taken to ensure that it does not directly address or motivate children to buy or use a product or service. It is also prohibited to encourage children to persuade their parents to buy the advertised product for them. The standard requirement is therefore that advertisements for children should avoid the use of “get” / “collect” / “look for” / “buy” or any similar terms. Advertisements for children that do not comply with these rules are considered infringements by law, without any assessment by the relevant authority (in most cases the HCA) of the role that the advertisement may have played in the child’s (or parent’s) decision to purchase. Under this – so-called blacklisted – statutory definition, persons under the age of 14 are considered to be children, but the HCA also considers the 14 to 18 age group as vulnerable consumers, particularly sensitive to the influence of advertising, and applies a stricter criteria when assessing advertising targeted at them.

In proceedings against Bayer, WALMARK and Béres, which ended with fines totalling HUF 78 million, the HCA found certain advertisements promoting children’s vitamins produced by the companies and packaged with little gifts (Actival Kid, Marslakócska, Supradyn Kids) unlawful. The investigated advertisements were broadcast on children’s channels; they used first names and imperative expressions and visuals suitable for attracting the attention of children. From the combined assessment of these aspects the HCA concluded that the advertising directly sought to motivate children to obtain vitamins and related gifts.

Nearly at the same time as the above mentioned cases were closed, the HCA published its guidelines on advertising to children in early 2020. The technical paper aims to explain to market participants the circumstances the HCA takes into account when assessing whether an advertisement was targeted at or reached children, as this is one of the conditions for finding an infringement. The guidelines also explain what criteria the HCA will consider when assessing whether an advertisement contained a direct invitation to purchase a particular product or service. The latter must be proved by HCA in order to find an infringement. It is advisable to consult with a professional in advertising law before broadcasting advertisements targeted at children to reduce any consumer protection risks. The legal advice can help the advertiser to understand whether the planned marketing communications comply with the complex legal conditions for advertising to children as well as the HCA’s case law and guidelines.

Most recently, in the Bongo case, the HCA found that Global AQA Pty Ltd, an Australian company, had directly invited adolescents to use the “Ask Bongo” Q&A game in an unlawful way. In its decision, the HCA ruled that the Bongo service was promoted on channels (such as High School YouTube series, influencer ads on Tik Tok and Instagram etc.) where it could easily reach adolescents. The contents published by vloggers and influencers are particularly convincing and effective in promoting a given service to adolescents. The HCA has also put forward what it expects businesses to do in order to prevent advertisements for direct use of a service to reach children (e.g. excluding children’s channels, targeting on YouTube). The advertisements examined included direct invitations with the phrases “swipe up”, “send”, encouraging adolescents to ask Bongo questions via (premium rate) text messages, while even sending their personal data to the operator. Another problem with the influencer advertisements promoting Bongo was that, contrary to the requirements by the HCA, the social media posts did not make it clear that the influencer was getting payment in return for promoting the game. The ads also did not include the price of the service and the main features of the data processing, which should have been important factors in the decision to participate in the game.

In the case of the influencer advertisements investigated in the proceedings, the HCA found not only Global AQA Pty Ltd. liable for infringements related to advertising to children and advertising disguised as editorial content, but also the marketing agencies that participated in the designing, the production and the communication of the advertisements. By law, the liability of companies involved in the designing and production of advertisements (agencies) can be established if the display of the advertisement is itself infringing. The agency may be exempted from liability on the condition it proves it was only following the instructions of the client (advertiser). The HCA also found that the marketing agencies were liable because the agencies could have detected and filtered the content sent to children, as they selected the influencers, the communication channels and consulted them on the content and graphics of the posts and/or videos, yet the agencies did not take any steps to filter the content. The HCA fined four of the six marketing agencies under investigation and ordered them to develop compliance policies to avoid future infringements.

One of the companies against which the HCA terminated the procedure, on the advice of our law firm, pointed out in its comments on the investigation report that the influencer advertisements presented in the report were not related to the company and therefore it could not be held liable for the infringement on the basis of the data available to the HCA. The HCA agreed with our client’s arguments and terminated the procedure against it. Therefore, even if your company is already subject to proceedings by the HCA, we recommend that you consult a professional at least close to the end of the procedure, so that the HCA’s attention can be drawn to any evidence gaps or other facts/circumstances that may be favourable to your company. It is important to see that the HCA examines marketing agencies as a matter of priority and expects proactivity from them in order to avoid consumer protection infringements. This is why all agencies must make a special effort to ensure that their advertising complies not only with the letter of the law but also with the case law of the HCA. The experts in our firm’s Competition & Compliance group will be happy to assist you. 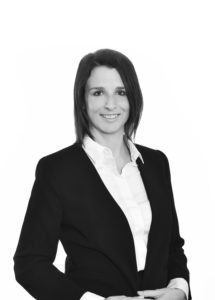 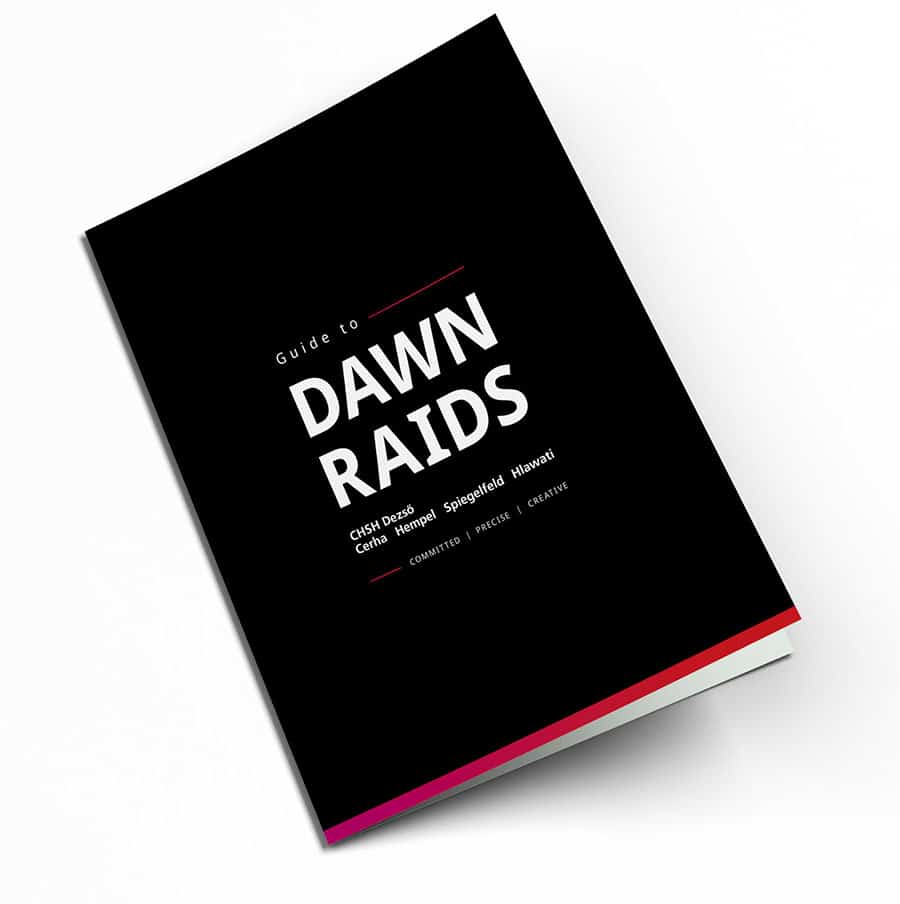